The History of Chiropractic

The history of chiropractic care started in 1895 in Davenport, Iowa when a partially deaf janitor, Harvey Lillard, was suddenly able to hear after a spinal manipulation by Daniel David Palmer (DD Palmer). Though there are differing accounts of how this happened, the success motivated Palmer to open a chiropractic school two years later. 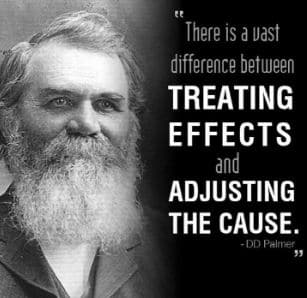 Palmer began studying the connection between ailments and impingements on the nerves. His research and developments concluded that the body could be manipulated and cured without the need for medication drugs. His findings described the effects of spinal manipulation and the correlation between the spine and the nervous system, which formed the knowledge base for chiropractic. Others, including his son, later joined him in his research and the industry began transforming and combining chiropractic with other naturopathic cures and osteopathy.

Unfortunately, other medical professionals discredited chiropractic care for decades and people like Palmer were jailed for practicing medicine without a license. By the early 1900s, state laws were put in place to regulate and protect chiropractic practices and by the 1950s, the discovery of penicillin and the polio vaccine overpowered the popularity of homeopathic practitioners.It wasn’t until the 70s that the National Institutes of Health sponsored a conference in 1975 that furthered the development of chiropractic theories and research by bringing together chiropractors, osteopaths, medical doctors and scientists to discuss spinal manipulation to develop strategies to study the effects of spinal manipulation. This conference helped increase interest in chiropractic and helped to establish clinical guidelines that recommended manual therapy for pain.

Modern chiropractic care has since grown to include soft tissue mobilization, strength training, nutrition, and postural correction treatments. There are numerous studies that cite chiropractic care of neck and back pain provides superior effectiveness and higher satisfaction than medications, surgery and other common treatments. The profession continues to become more widely utilized and integrated into medical practices.